Last Friday, I participated in a seminar on Herman Teirlinck, one of the protagonists of Flemish cultural life in the first half of the 20th century. He’s most famous for his literary works, his innovations in theater and, after the Second World War, for establishing ‘De Studio’, a drama workshop that educated various generations of actors. I presented a study on the only film in which Teirlinck was involved, the remarkable The Evil Eye (1937, Het Kwade Oog, dir. Charles Dekeukeleire). 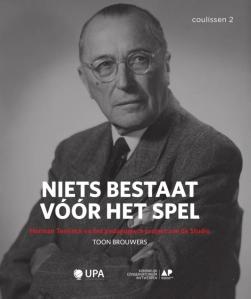 The seminar was organized by the University of Antwerp (the Research Center for Visual Poetics, my colleagues from last year), the Conservatory and the Royal Academy for Fine Arts Antwerp, to celebrate a new book by Toon Brouwers, on Teirlinck’s ‘De Studio’, its importance for theater education and its evolution until the 1990s.